On April 11, 1953, several men gathered for a wedding. This wedding resulted in the arrest of over 60 men. Vows were never exchanged. Tommy Gene Brown was arrested with the rest of them, dressed in drag, wearing a traditional, white wedding dress. Unknowingly, Waco history was made this day. The Waco Citizen printed a front page story of the whole ordeal, including the full names of those arrested. This was a time when discrimination against our community was the norm, and surely most, if not all of those who attended the wedding lost pieces of their lives that day. Tommy Gene Brown, also known as Shirley, went on to lead a wonderful life outside of Texas. She became the third Empress of the Imperial Court of San Francisco, an organization that raises money for charitable causes mostly through drag.

In 1977, The Waco Citizen put out a series of articles titled “Gay Life in Waco,” highlighting LGB people, their lives, and their struggles. In a time where opinions were still very low of those “choosing” to participate in this lifestyle, these articles were definitely a bold move. A comment from a Waco resident:

“Vietnam was winding down and most young people were more accepting of alternative lifestyles. We knew about gays and my aunt was a lesbian, but people mostly didn’t discuss it even if they knew or suspected who was gay. It was mostly considered ‘different.’”
-Mark H.
Of course, letters to the editor were soon to follow. While those that were vocally displeased about the articles, the representation likely mattered a lot to our community in those days. 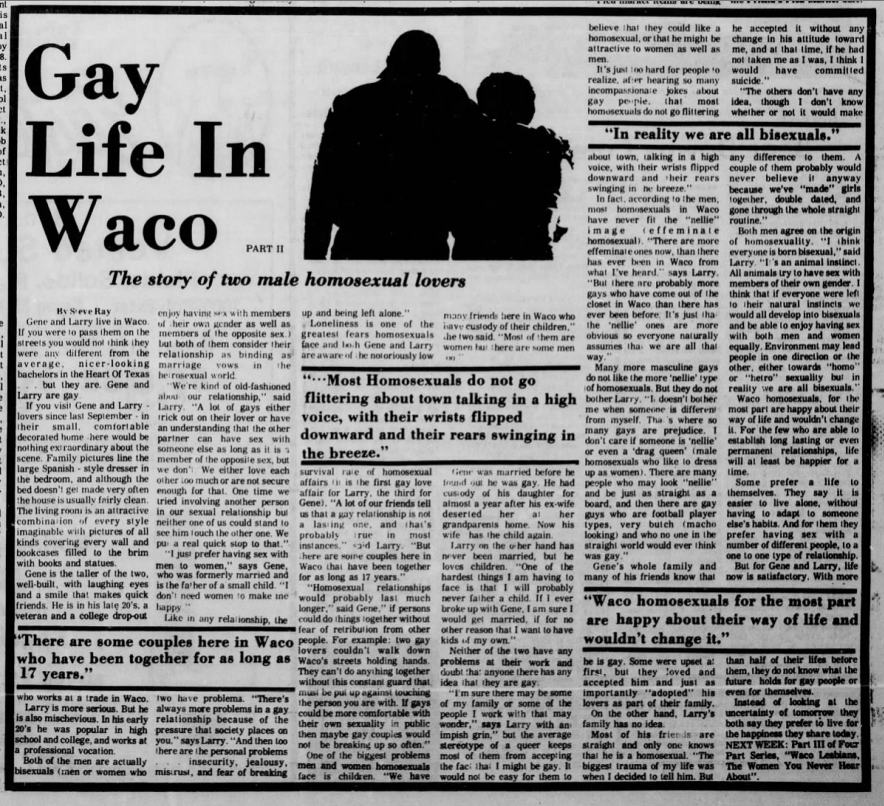 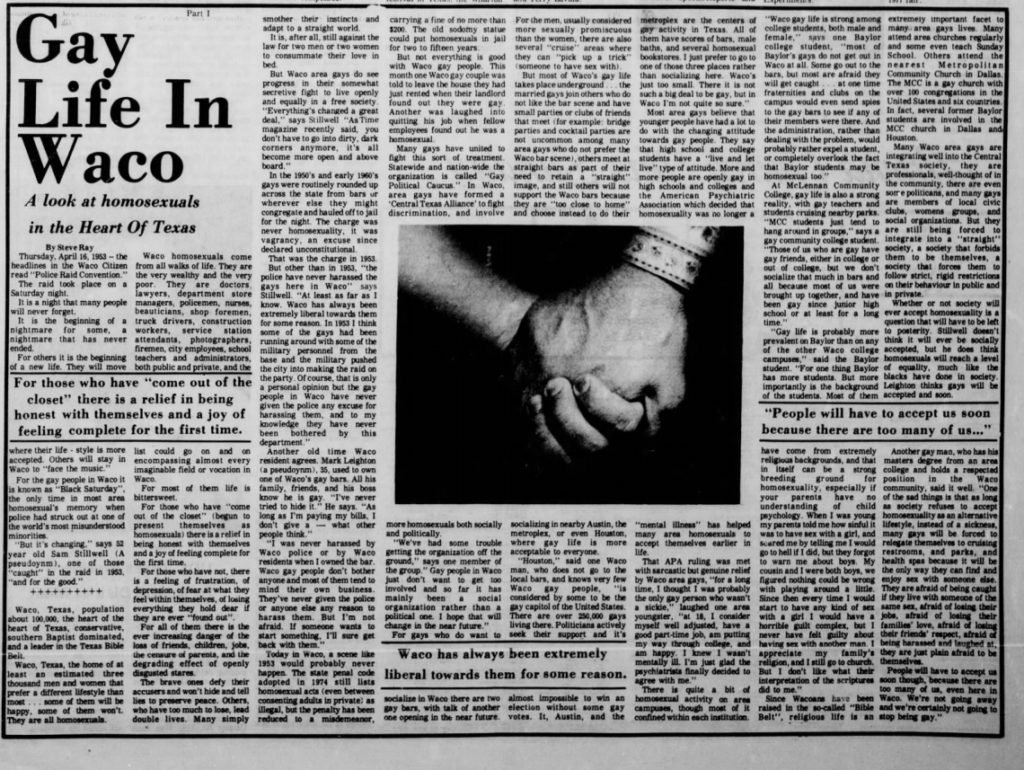 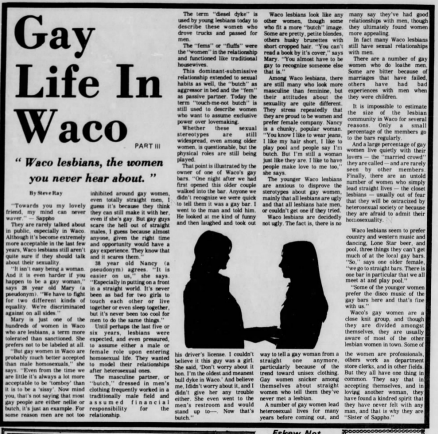 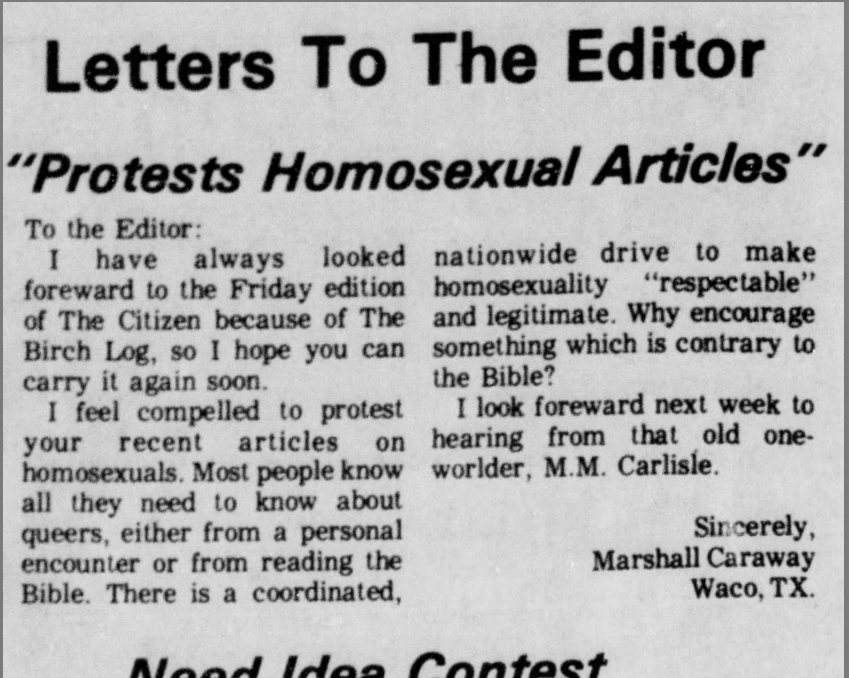 A Pivot Point for Baylor

In 2003, a Baylor student came out to his friend. Later that year, he lost his scholarship. Little did he know this would be a major pivot point in Waco and Baylor’s history. In 2004, a rally was held for equal rights at Baylor. One of the organizers, another gay student at Baylor, was reprimanded for his involvement.

“Matt Bass, 25, and other gay students and alumni say they don’t expect the world’s largest Baptist university to shun the church tenet that homosexuality is a sin, but they want an anti-discrimination policy.”

Get our monthly newsletter and updates on events and happenings with the network!